“We had a project at an adult care center going from the ground up. To get power to the site I had to get a 4” conduit across 250′ of existing pavement. The choices to do this were hire a boring contractor to bore conduit under the existing asphalt surface or we could commit a crew to saw cut the asphalt, excavate, install conduit, replace excavated material, then repair the asphalt. From every indication, boring was a much cheaper option and would leave the pavement intact. No need to worry about comebacks, service calls, or complaints of any kind. We asked for a bid from a boring contractor we had worked beside on other jobs. We liked his price, experience, and we agreed to terms. 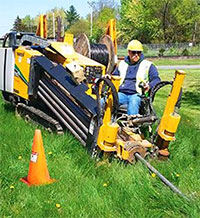 “A couple of days later the boring contractor showed up at our site and got started. Before long they encountered round rocks that are extremely difficult to maneuver the drill through. They tried for a whole day to make it work but were unsuccessful. They called the next day to tell me that the job was going to be $20,000, double the $10,000 they had originally quoted me.

“This was my opportunity to use Leadership Principle #13 ‘Avoid Arguments.’ I calmly explained that the reason we chose them was because it was cheaper than the alternative of cutting away the asphalt. They wanted to give it another try the next morning. The following day they had a different operator show up to give it a shot. After about three hours the pipe was through. 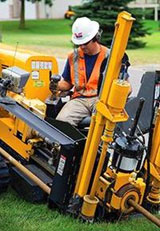 “Later the boring company owner confessed that he had an inexperienced operator on the job the first day and that getting around round rocks takes an experienced guy. They only charged us the $10,000 that was originally agreed to.

“The lesson I learned from this experience is when I stay calm I can make more rational decisions. And so can the other people I am interacting with in a situation that could easily become heated. 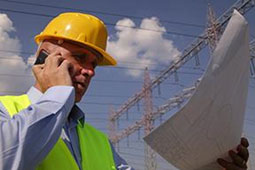 “The action I call you to take is stay calm and avoid arguments when at all possible. Usually, this will lead to more productive conversations and results that will be far more successful.

“The benefit you will gain is you will move your projects forward rather than making the issue bigger than it ever needed to be.”

When things don’t go our way it’s easy to want to prove we are “right.” Ego loves to be right. If we aren’t careful, proving we are right becomes more important than gaining the cooperation we must have to get the results required for a successful outcome.

Ego
loves
to be
right