Beer with a Bully

Beer with a Bully 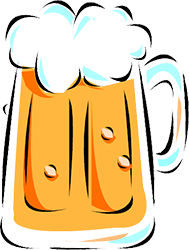 “I graduated from college in 1995 and went to work for JH Kelly as a Field Engineer. In the summer of 1997, I was assigned my first project management job: Foster Farms in Kelso, Washington.

“This was a design-build project, and I had worked on the estimate for a few months, so I knew the job well. I mobilized to the site with just myself and two workers. The general contractor was on site as well. They had a superintendent running their crew and this guy was a jerk. He was about 5’-5” tall and about 5’-5” wide. He definitely took advantage of his position. To me he was nothing more than a bully. He bullied the electricians, he bullied my plumbers. I had arguments with him but caved on most incidents because this was my first project management project, and I didn’t know where I could draw the line. I didn’t want word to get back to my boss that I was uncooperative or argumentative.

“As the project moved forward, I found myself getting into more and more confrontations with this superintendent. One day, as I was sitting in my trailer, I thought, this is ridiculous. I’m not going to spend the next year and a half arguing with this guy. So the next day, I invited him for a beer, which he accepted. We met at Azteca by the Three Rivers Mall. We talked and got to know each other a little better, and then finally I thought, I’m just going to lay it all on the line. I asked him why he was approaching the project in what appeared to be a bullying manner. Why was he pushing me, the electrician, and everyone else around? What he was asking us to do was not in our specs or drawings. What advantage did he hope to gain by acting this way?

“He did not get mad, but explained why he was doing the things he was doing. He explained what was being asked of him by his bosses and made me see things from his point of view.

“From that moment forward, things went much smoother on the project. We still had our disagreements but nothing like we had at first. The lesson I learned from this experience is that it is much better to communicate calmly and rationally rather than being defensive and argumentative.

“The action I call you to take is to be proactive when things aren’t right between you and the others you work with. Exercise courage to rationally discuss the issues that are bothering you.

“The benefit you will gain is smoother running operations, less stress, and a greater sense of personal pride.”