From Grinch to MVP

From Grinch to MVP

Good news about your ‘Grinch’ employee

It is amazing to me that with all of the hundreds of Christmas themed movies released since 1980 – the story of the Grinch prevails. Two out of the top three top-grossing Christmas movies of all time are movies about the Grinch.

Don’t miss the leadership lessons embedded in the Grinch. The Grinch lives on the outskirts of Whoville. There are people in your company, your department, on your crew who feel they work on the outskirts at your business. They see other groups or people (suits and ties, folks in the office, the big dog in the corner office, etc.) as being the important people in the company. Grinch’s need you to continually be telling their story for them. They need your newsletter to feature their work and show their face. They need you to hand them their award for a job well done that often goes unseen by most fellow workers.

Toward the end of the story, the Grinch uncovers the truth underneath his assumptions and changes his plans. Your malcontents can change too. Be the leader who repeatedly tells your organization’s story with creativity, clarity, and compassion. Re-framing your mission, reclaiming your vision to all of your employees will payoff. One version, one story, one medium (print, audio, words, images, online, etc.) may not pay off so keep presenting your core beliefs often from different angles.

The Grinch finds support and a team in his worn-out dog, Max. Do not be surprised if some downer employees choose to follow the ill-intended leadership of a Grinch in your workplace. If you do not show appreciation and create conversations with your employees – they may become attached to and begin working with a grouch  leading them down a wrong path.

Cindy Lou Who in Whoville ends up being a super leader when she exhorts the Grinch and her fellow citizens to celebrate for the delightful joy of it all. When the town found itself with no presents, due to the Grinch, it found that being joyful together has tremendous value. You are leading spoilsports who think they would love work more if you paid them more, gave them more time off, improved their title, gave them a nicer office. You can be the leader who models for them the joy of working together. You can make the office, factory, warehouse, job site a positive, enthusiastic, energetic place that people look forward to coming to every day.

The most important celebrations of all are the celebrations of significant achievements. Everyone wants to feel that they are a member of a winning team. What does winning mean? It means you beat the bid or you beat the timeline or you produced more items using less materials and in less time with lower costs. You can’t do these celebrations often enough and you will give your team what they want. More than a raise in their pay – you raise team morale – you raise your Grinch’s self-worth. 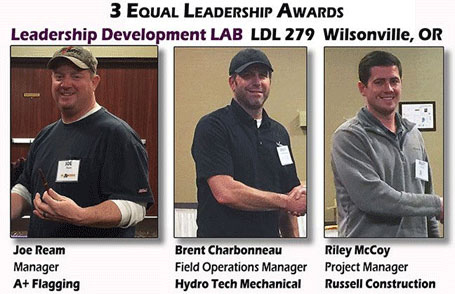 Everyone wants to be on a winning team