Can’t do what they don’t know 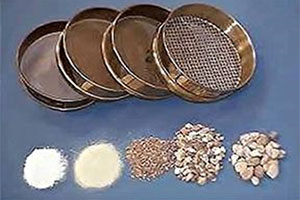 “Upon reviewing a sieve analysis test report submitted by our lab technician, Bill, I noticed that the reported mass of material retained on one of the screens was over the maximum allowable mass, as spelled out in the test procedure. I had recently taken the quality control (QC) manager position replacing the newly-retired QC manager, and was unsure of how to approach Bill about the procedural deviation.

“Before confronting Bill I printed the annex table from the AASHTO (American Association of State Highway and Transportation Office) T 27 sieve analysis procedure, and highlighted the maximum allowable masses of material retained on each individual sieve. I handed Bill the AASHTO table and a copy of his report. Then we engaged in a somewhat broken version of Turbo’s DARE+ Correction Process. I showed him that he had overloaded the number eight screen by over 100 grams, which was a deviation from the procedure. I explained the importance of being cognizant of these specified maximum allowable tolerances for each screen and that overloading any screen could provide erroneous test results and the test data invalid. 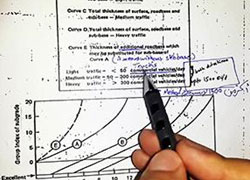 “Bill told me he was unaware of the maximum allowable tolerances and had never seen the table for the procedure. He was very appreciative that I pointed it out so he could avoid making the same mistake in the future. He was glad that I provided him with a copy of the table. We hung it up in our lab next to the scale for easy reference. He also asked that I let him know of any other instances like this where he may be performing outside the standard, assuring me that his mistakes are not deliberate or just carelessness. He assured me that his mistakes are rarely reoccurring, especially when he is aware of the standards.

“The lesson I learned is that not all mistakes are intentional, or even known. Sometimes people truly don’t know when they are doing something that doesn’t conform to the standard.

“The action I call you to take when you encounter a team member (co-worker, employee, or even someone outside of the workplace) who is performing in a way that is nonconforming to the standard, confront them about it in a way that isn’t belittling or condescending. Show them where or how the mistake was made. Remind yourself that they can’t correct what they don’t know is incorrect.

“The benefit you will gain is a team that performs to a higher level of accuracy and accountability without sacrificing respect. You don’t have to dread confrontation and your team won’t have to fear making honest mistakes. You may even find that most team members actually appreciate being notified of their mistakes and welcome the opportunity to improve their performance.

not all mistakes are intentional, or even known