Louis, foreman for a fence and deck construction company in Vancouver, Washington, told session six of the Leadership Development Lab:

“When I chose my pearl*, I chose one of our foremen, John. He has worked for us for several years now. The first year and a half, John was an all-star! He picked up on things really fast, had great energy, produced excellent workmanship, and always exceeded our expectations by winning five star ratings from every customer. He worked himself into the position of foreman in about seven months.

Over the past few months we’ve noticed a difference in John. He’s not getting very involved in meetings, the high-energy isn’t there, he makes more negative comments, and he doesn’t seem to be having as much fun as he once did. We know he has the potential to be an all-star every day so I figured I would give the 15 Leadership Principles a shot. One of the 15 principles that I think made the most difference, is Provide Acknowledgement. I searched for the little things he does well and then let him know I appreciate his extra effort. I made an extra effort to get John more involved as well. I called him in to join us on a meeting that normally he wouldn’t need to be a part of.

I publicly praised him when he completed a job with excellence. I also made a point of encouraging him when he had trouble with the challenging aspects of his jobs. We’ve noticed drastic positive changes in John since I chose him as my pearl.

“For instance, normally, John isn’t a morning person. Now, he runs around and makes sure everyone has everything they need for their day He tells each employee ‘Good morning‘ and shouts words of encouragement to the guys as they drive out of the yard in the morning. John’s high energy, positivity, and motivation has been contagious and is now rubbing off on his crew members, making for a much more exciting work day for everybody. John is back to being the John we knew when he first got hired and joined our team.

“The lesson I learned from this experience is that people have a deep desire for and perhaps a need for acknowledgement. Never again will I let a good job go unnoticed. 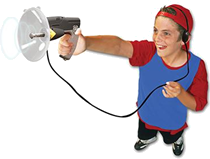 “The action I call you to take is never let a good job go unnoticed. Ratchet up your antenna, be on the alert for a job well done, and say so when you see it.

The benefit you will gain is improved production, increased motivation, and a new level of respect from all your employees.”

*Pearl person – In the Leadership Development Lab managers are encouraged to strengthen other leaders by applying the 15 Leadership Principles for six weeks. 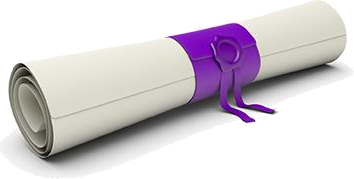 people
desire
and
need
it