Don’t wait to correct those who are late

Anthony, General Foreman of one of the nation’s largest industrial mechanical contractors based in Vancouver, WA told Session 8B of the Leadership Development Lab (LDL)™: 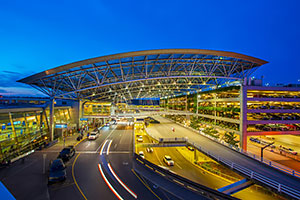 “This past January we were working at Portland International Airport and one of our team members had to meet me at an offsite parking lot to ride on into the airport job site in our company vehicle. My third term apprentice had a problem getting to the meeting place on time. He had been forcing me to wait up to 20 minutes before he showed up. This resulted in us both being late, even though I was always there early.

“This really irritated me. After the second or third time, I asked him ‘What happened? Why was he late?‘ Usually his excuse was traffic or some delay involving his kid. He explained how he was a single dad trying to juggle work and parenting and agreed that he wasn’t doing a very good job.

“I took the time to explain to him how when he is late it makes us both late. This doesn’t look good to our subcontractors who are ready for work before 7:00 AM. I also explained how I need a reliable crew because many times it was only he and I there. He agreed that this was a problem and he would try to be on time every day from then on. Things were better for a week or two until one day when he didn’t show up or even call in! After a couple more days of rolling in 10-15 minutes late, I finally had it! I printed off a  written warning and pulled him aside, reviewed the warning with him and asked him to sign it. So far, since the written warning, he hasn’t been late.

“The lesson I learned from this experience is when there’s an issue, I need to address it promptly. When my verbal correction doesn’t work, I need to write it up. I will never let this unacceptable behavior go on so long again without a written warning. The problem will not fix itself.

“The action I call you to take is address all violations of standards early, don’t let them drag out. Be disciplined in the way you address standards violations. 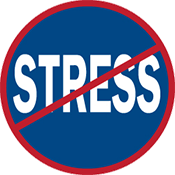 “The benefit you will gain is less stress and a more reliable team you can count on.”

I like this story because it is so real. Can you relate? First, you let it go, maybe grumble. Next, you spell out the corrosive, tarnishing affects to the team’s performance. Then, finally put it in writing. Take Anthony’s advice: act, move quickly. You will take a lot of stress out of your life.

Language of Leadership Chapter 11: Direction By Correction for more insight about professionals standing up for standards

Remember you can download the free “Turbo Leadership” App with all the LDL Habit Starter Cards for iOS or Android!
Just go to the Apple App Store
or
Google Play Store.