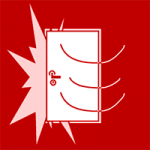 “During the summer of 2008, I was mechanical foreman for the construction of the Vancouver Hilton. The job was disorganized and poorly supervised by a construction consultant company. Their way of improving the situation was to fire their superintendents in rapid succession.

“After the third or fourth superintendent was replaced, there was a meeting for about 25 of the key contractors on the job. This meeting consisted of the new superintendent blaming, screaming, and swearing at all of us for the lack of progress, schedule failures, safety violations, and costly rework that had resulted in some major work change orders. After about 20 minutes of her haranguing, my blood pressure was skyrocketing. I decided that I had all that I was going to take. I stood up and walked out before my blood pressure rose any higher. By the time I reached the door, I was hopping mad. I slammed the door; pictures fell off the wall. I was a little surprised that all 25 of the contractor reps followed me out, leaving the screaming superintendent all by herself.

“The lesson I learned from this experience is that if I stand up for myself, people will follow. I also realize I could have gotten the same results without slamming the door. This would have been more professional and kept my blood pressure a little lower.

“The action I call you to take when you’re in an irrational, unprofessional situation, is stay calm and remove yourself. Do not stand for abusive, unprofessional behavior.

“The benefit you will gain is the respect of your peers and lower blood pressure.”

A postscript: “Before the end of the week, the owner’s PM called our office to apologize for the superintendent’s completely unacceptable behavior.”

You can simply say, “This is not the kind of communication our firm stands for or supports. We did not sign up for this kind of unprofessional, abusive treatment. When you are ready to be professional in your communication approach, we can talk.” If no one took this kind of abuse, all the abusers would be left in a room by themselves.

Of course, it’s easier to remain calm if you speak up sooner rather than waiting until you’ve reached your door-slamming, wall-rattling, picture-shattering boiling point. When you have standards by which you operate rather than vague notions of what is acceptable and what’s not, you’ll be prepared to discern when and where to calmly draw the line.