What are your priorities?

We recently conducted an in-company Leadership Development Lab(LDL) for the entire management team of a large, general contractor firm in Oregon. Numerous comments were made at the first session by the project managers and superintendents requesting the president and operations manager visit the job sites more often. 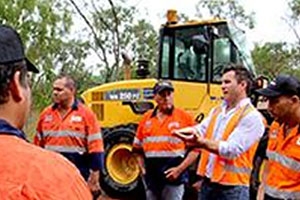 As I listened to the tentativeness in the voices of those making the request, I could see it took a lot of courage for them to ask. They were trying to convey to the president and operations manager how important it was to them that the officers pay attention to them. They wanted up line leadership to see firsthand their efforts, difficulties, setbacks, challenges, progress, and successes. As the three-month program unfolded, the officers began to visit the job sites. To their credit, they set up a schedule, put job site visits on their calendars, and made job visits a priority.

Every time either officer visited a job site, the superintendents would comment about it in class, “Terry was over at our job,” or “Curt got mud on his shoes at our site this week,” or “He got to see what a !@#$% the owner’s representative could be,” or “It really meant a lot to a couple of my subcontractors when they asked them how there were being treated.” At the end of the ten-week class, one of the comments made by several class members was how much it meant to them that the bosses had visited their job sites.

What I realized as I watched was that prior to this time, these owners really didn’t know – they just simply didn’t understand – how important it was to their team that the ‘bosses’ visit the jobs. Now they know that by paying those visits they were saying without using words that they were available, that they were willing to “mix it up” that they wanted to help, that they did care. They were communicating: “I understand,” “I care about you,” and “You matter to me.” 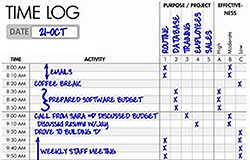 The best way for you to get a real handle on where your time is going is to keep a time log. How much of your time is really being invested out of your office visiting with customers, public relations, and being one-on-one on the front lines with your team? This is an important way you can empower your team and provide acknowledgment. And being available is priority work for leaders who are committed to building winning teams.

We all know the excuses for not leading the charge, mixing it up, visiting the job site, walking through the plant – “I don’t have enough time.” Move building relationships and a high performance team up on your priority list! Paying more attention is one way you can give your team a raise – literally lift their spirits and strengthen morale.

give your team a raise