“On Wednesday, I watched my ten-year-old son at football practice. I was committed to keeping my promise of focusing on what went right. I have been meeting Josh with a big smile after every practice and telling him what a great practice he had and then telling him five things I saw him do that were great.

“During this particular practice session, I saw Josh doing two things that were fundamentally wrong and, as a result, his man was making a lot of tackles. I also noticed that none of the coaches was correcting him, so he continued to have the same problem. These are the same two things I had been telling him he was doing wrong last year on our rides home.

“At the end of the practice, I ran up to Josh and told him, ‘Great practice! I saw you do . . .’ and I gave him the five things that he did correctly, and again told him, ‘Great practice.’ I then let my Turbo training take over. I looked at him and said, ‘Josh, I saw two things that you might want to start doing that will help you in your blocking. Would you mind if I showed you what they are?‘ He looked at me and smiled and said he didn’t mind, so I showed him.

“The next day at practice, I saw Josh really concentrate on trying to do the two things I showed him, and he was doing much better at blocking his man.

“The lessons I learned from this experience are (1) when I ask permission to show someone something, they are much more receptive to receiving coaching, and (2) positive feedback is ten times more powerful than negative feedback.

“The action I call you to take is to get permission before offering suggestions for change. Be careful to avoid the dreaded ‘but,’ and make your coaching positive. The benefit you will receive is much more motivated, engaged, and happier associates.”

I might add that this all starts by forcing yourself to see the good parts of the performance that is being practiced. Develop the habit of seeing and talking about the parts that are working. This is counter-intuitive. We may even feel it is dishonest to tell a person the things they are doing well when we see them doing some things poorly. Now really-what is wrong with us? Do we consider it a lack of integrity on our part to tell a person about their good quality, good practices, when they are weak in some areas? In reality, it’s attributable to our own mental laziness. Follow Jeff’s practice. You will create a championship team. 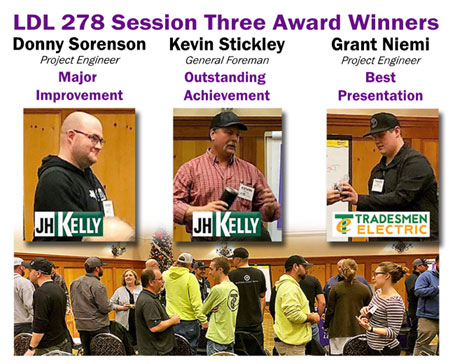 Start with praise to improve performance