Eeyore, Get the Furnace!

Eeyore, Get the Furnace!

Egg on my face

Andy, HVAC foreman for a for a full-service mechanical and plumbing contractor in Wilsonville, OR, told Session 2B of Turbo Leadership Systems’ Leadership Development Lab: 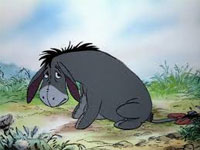 “It was spring of 1985 when I started working with a new apprentice. He was a good kid, and we had many good times and laughs. The problem was that he simply just had no ‘high gear.‘ There was never any sense of urgency to accomplish anything. I had tried everything my young self knew to try.

“I tried showing him by working next to him and really getting after it. Yet, no change in his demeanor. I tried turning it into a competition, ‘bet you can’t beat me!’ or ‘Let’s see if we can beat yesterdays production,‘ to no avail. I likened him to ‘Eeyore’ from Winne the Pooh, as he would simply shuffle around without energy or purpose.

“We were working on a huge house out in the Salem hills. This house was gorgeous with cherry wood cabinets, tinted and textured concrete counter tops, and its own elevator. The home owners were very prominent in the community and always spoke very eloquently.

“It was mid-August and temps were over 100 degrees. ‘Eeyore’ and I had been having fun, but he was still testing my patience with his lack of productivity. ‘Testing’ isn’t the right work here, as my patience was beyond worn with him.

“Our furnaces were packaged with cardboard on the top and bottom, with a pallet under the bottom, and shrink wrapped to hold it all together. We always laid them on their back, then we’d slide them out over the tailgate.

“Towards the end of the day, it was time to get the furnace out and bring it inside. I asked my young apprentice to go grab it; something he’d done many times. But, he returned stating he ‘couldn’t get it out.’ I was hot, hurried and irritated and sternly instructed him to, ‘TRY AGAIN!’ only for him to return with the same reply.

“Now, I was just plain angry. I stormed out to the truck with a mission. I had the full attention of the home owners and electricians who were standing in full view of the truck.

“When I got to the truck, I threw a couple things out of the way, grabbed the bottom of the pallet and yanked it toward me with absolute violence. The shrink wrap tore apart, and I slammed thatpallet, full force, right into my face. In an instant, I was on my rear end, seeing stars and ‘Eeyore’ was literally rolling on the ground laughing. Boy, did I have egg on my face.

“The lesson I learned from this experience is reacting with angry emotion, rather than keeping my cool is a mistake.

“The action I call you to take is to be diplomatic rather than reactionary.

“The benefit you will gain is being known as a confident leader.” 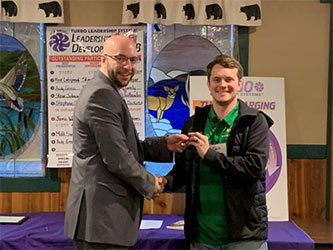 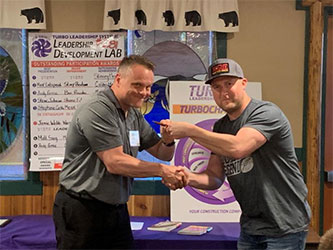 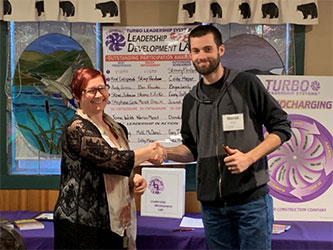 Engaging Leaders choose to be diplomatic.