Innovations of Our Nation

Day sixteen of our Coast-to-Coast Adventure 2020: we visited Harrold Warp’s Pioneer Village in Minden, NE. This extraordinary museum and village is dedicated to “telling the story of America and how it grew,” showing our progress from 1830 to 1960. The marvelous museum and village are much like the Henry Ford Greenfield Village in Dearborn, MI on a smaller scale. 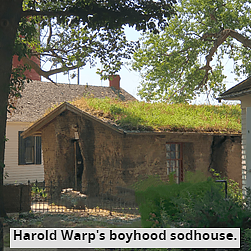 Harold G. Warp was the youngest of twelve children born to an immigrant family from Norway. When he was three years old, his father died, his mother died when he was eleven, leaving Harold to be cared for by his older siblings. Mr. Warp didn’t finish high school. He supported himself as a residential painter. While working as a farm hand, he learned firsthand how much the farmers needed an inexpensive windowpane glass for their chicken houses. He became an inventor while still in his teens. 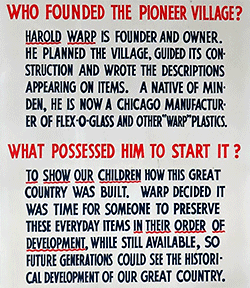 He developed a flexible glass for henhouses that would keep the heat out without blocking the beneficial ultraviolent rays the way ordinary glass does. He patented his invention as Flex-O-Glass, guaranteeing farmers healthier chickens and more eggs.

After patenting his process for creating Flex-O-Glass, Warp was smart enough to know for his invention to prosper he needed enthusiastic dealers, that he needed more than “a better mouse trap.” To secure 3,000 dealers he would barnstorm a farm town’s land and locate the most successful hardware store in town. He gave the owner an incentive. If the hardware store owner became a dealer Harold would give he and his family a free ride in his plane. (Leadership Principle #9 Dramatize Your Ideas). The success of Flex-O-Glass provided the momentum needed for Harold to continue his innovations. He went on to develop 30+ patents including the well-known Jiffy Wrap. 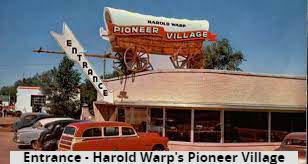 Growing up in the early 20th Century, he recalled the first automobile and radios in his town. When the schoolhouse where he attended classes went on the market, he bought it, then the town church, its old railroad station, and the original U.S. Government Land Office.

Now, he needed a place for them so, he created Harold Warp’s Pioneer Village, complete with a stockade, more than 200 antique automobiles and that’s how the museum began. 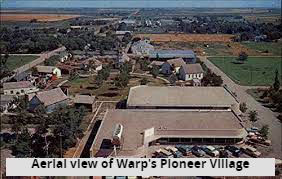 His story is inspiring. His success was built on finding a need and filling it, finding some human problem, and solving it. There is no end to the success you will enjoy exploring for and finding ways to solve problems your company, your neighbors are challenged by. Stop saying “that’s too bad, so very sad,” and say, “they will be glad, when they see how I have solved their problem. You will earn more than chicken feed; you will have far more than you need. 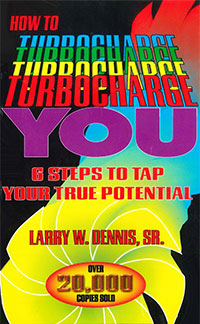 How To Turbocharge You:
6 Steps To Tap Your
True Potential
An easy-to-follow 6-step process to maximize your full potential, leverage your past successes and make your life one of steady, upward, progress.

Number of United States patents
vs.
other nations