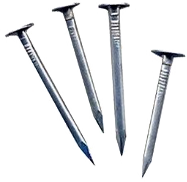 Matt, Superintendent, for a Willamette Valley general contractor in Salem, OR., told Session 2b of Turbo’s Leadership Development Lab (LDL):

“Back in 1997 at my newly formed construction company we were framing apartments in Lincoln City. This was the biggest job we had ever bid and won. We were up on the 3rd floor doing the walls; the building was about 180 feet long. My guys were on one end of the building, framing. I was on the other end, sheeting. I was only 22 years old at the time and this was my first big job; we had what was for me a lot of guys on one job. They weren’t working fast enough to suit me. My naïve solution to trying to motivate them was to start shooting 8 penny nails at them. To defend themselves they started to hide behind sheets of plywood. While I was horsing around shooting nails at them I shot a nail right through my own hand. I tried to pull it out, but had to get help scraping the paper off the end that went through my hand before I could pull it out.

“I realized that day that I needed to find a better way to motivate my guys, than shooting 8 penny nails at them. I started to look for ways to learn and along the way began to gain insights into how to be a leader and provide a good example for my employees of how to act on the job. We started to have safety meetings every Monday after that!

“The ultimate lesson I learned from this experience is when I try to motivate with fear and intimidation I only hurt myself. I learned that as the owner and boss I should be a good example and not be screwing off.

“The action I call you to take is to lead from high ideals. Remember your team is watching you and are always influenced by your example.

“The benefit you will gain is an engaged team that safely beats the bid.”

This is a colorful, funny story about an inexperienced manager trying desperately to motivate his crew with brute force—fear. We weren’t there but it is a safe bet that his crew wasn’t as engaged as he, the low bid owner, was. So out of his frustration, not “knowing how” to secure engagement he resorted to the fall back we are all tempted to use: fear and force. The only problem is it doesn’t work. Fear doesn’t work. In fact, there is increasing evidence that fear tactics of any kind result in less effort, less engagement. Fear diminishes creativity, innovation, and determination. In the end you get hurt, you hurt yourself.