Who Moved My Stuff?

Who Moved My Stuff?

Fixing the blame or the problem 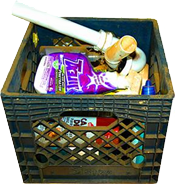 “Last Thursday, October 26th, we had an all plant meeting. We started having them every two weeks to discuss all of the issues that have come up over the previous month. The plant supervisor, Emma, had brought up the fact that some of the crates used for cleaning supplies keep coming up missing. The night processor, Bruce, said he was removing them because he felt they were not needed.

“At that moment I wanted to snap at him for removing things that other people used on a daily basis. I wanted him to know in no uncertain terms that by removing them he was causing a lot more work for others. Instead, I bit my tongue because I realized that our conference room meeting was not the place for me to be losing my temper or chewing him out. After the meeting when Emma and I were in my lab privately I asked to talk to her about that situation and then started venting to her about what was said. Emma complimented me on controlling my response and asked me what I could do to keep the supplies from disappearing in the future. At first I was taken aback. I wanted him to be fully to blame. Then I thought for a couple of moments and said maybe we should label the cleaning containers ‘Property of the Lab – Please do not remove.’ She said that was a great idea and asked ‘When can you do that?’

“The lesson I learned from this experience is that being patient and rational will have better results than letting my emotions rule and lashing out at someone.

“The action I call you to take is be patient and professional, control your response. Allow time to think things through and to cool off before confronting someone who may have had the best intentions in the world.

“The benefit you will gain is a happier work and home environment.”

Fixing the blame rarely solves the problem. “Emma” who Adam refers to in his story graduated from the Leadership Development Lab two years ago. I took a great deal of pride in hearing how she interacted with Adam. She asked Adam the crucial question we all must learn to ask to make our lives work at higher and higher levels, “What part did I play in this?” Labeling the crates is such a simple answer but it would never have been found if Emma hadn’t asked Adam, “What can you do to keep this from happening in the future?”

Turbo Leadership Systems
congratulates Travis Evans!
Travis was chosen as the “Outstanding Achievement award winner at the third session of the Leadership Development Lab in Bend, Oregon this week.
Travis is Quality Control Manager at High Desert Aggregate and Paving in Redmond, OR. 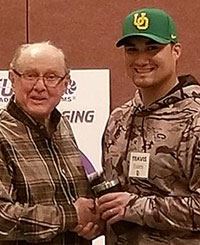