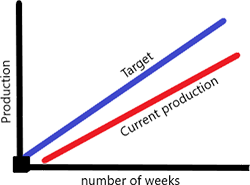 “The paving crew on the job I am running had somehow gotten the impression that we were on pace or ahead of our estimated production target and operating profitably. The truth was that we were over budgeted labor costs and a little behind schedule. I knew I needed to do a better job of communicating with my crew what our production pace actually was. They needed to see a comparison, the relation of our production to the costs built into the bid estimate. I had learned the hard way, that just ragging on the crew, trying to be a ram rod doesn’t work. I decided to try Larry’s idea of a chart that graphed our production compared to bid. I set up a simple graph that clearly showed the bid’s projected productivity over the life of the job and our current level of performance. When the crew saw where we actually were, and where we would be at the end of the job if we didn’t speed up, our production improved almost overnight. 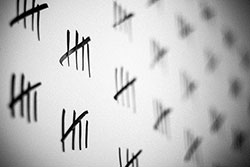 Using a simple graphed chart helped put things into proper perspective for my crew. I saw that using visual aids was a practical way to employ Leadership Principle #9 -Dramatize Your Ideas.

“The lesson I learned from this experience is when I use Leadership Principle #9: Dramatize Your Ideas by showing my crew graphs, a picture of our productivity, something visual, my crew “sees what I mean” – they get the big picture, they see the past, the present and can project into the future.

“The action I call you to take is to clearly communicate your teams’ target, don’t just say it, write it down in big letters. Make a sign, and post it where everyone can see. Then use your graphs to show the score. Be sure your score is posted in real time, brought up to date daily.

“The benefit you will gain is you will communicate effectively with your team and you will get the engagement you need to ‘beat the bid.”

Everyone wants to win, and we all love ease. When your team doesn’t know the score –how are we doing? – they will relax. It is not enough to know the target, to know the goal. Your team must know with accuracy and certainty their score. Using charts to dramatize your ideas is how you overcome the natural love of ease and consistently beat the bid.

“Data will talk to you, if you’re willing to listen.”
– Jim Bergeson 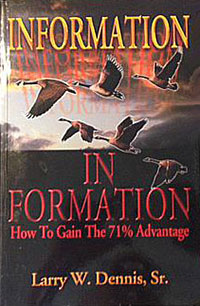 For more insight into how engaged leaders keep score of employee production, see Information: How to Gain the 71% Advantage

Make winning a game worth playing.