I’d been with The W. Bingham Company a little over a year, things were going well.

I was amazed when our Sterling, OH salesman asked me to fill in for him so he and his family could take their two-week summer vacation. Here I am carrying the big catalog, calling on hardware stores just like John Hancock! Well, maybe not just like John, but I was filling in for two weeks. What an invigorating experience!

Getting better acquainted with my fellow Customer Service Coordinator, Frank I began to see possible trouble on the horizon. Frank had gone through the company’s sales training program about four years earlier, was assigned a territory, then drafted. Two years later, when Frank was discharged, he had to come back into the office, start all over until another territory opened up. This was very disappointing for Frank. I didn’t want the same thing to happen to me. I knew because of my age; the company wouldn’t assign me a territory for at least three years. I decided the best thing to do was get my military service obligation behind me.

I interviewed with the recruiters of the Army, Navy, Air Force, and Marines. I told them my career plan was to be a professional salesman. I knew there were no military sales jobs, but someone had to buy supplies for the military. Purchasing, working on that side of the desk would be a good learning experience. The recruiters laughed and told me all purchasing was done at the Pentagon. Then, said they could get me into electronics school, and I laughed. Joining the service would be a four-year commitment, versus the two-year commitment, if drafted.

I volunteered for the draft and was inducted October 1960. After taking a battery of tests at the induction center, I took my basic training in Ft. Hood, TX. I didn’t want to march in place, and I hoped that my induction test scores would land me a decent job for the next two years. 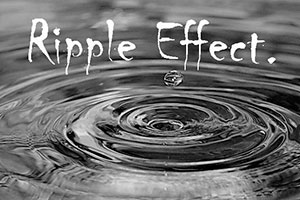 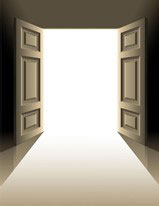 If I’d followed the original plan and gone to work for my uncle, I wouldn’t have volunteered for the draft. If I had been drafted three or four years later, I would’ve been sent to Vietnam.

Without really knowing it, I was still experiencing the ripple effect of volunteering to help a neighbor boy deliver The Detroit News. Pro-action, volunteering expanded my horizons well beyond Ypsilanti, MI, and may have saved my life.

The action I urge you to take is to set your own goals, take the initiative, don’t leave your future to fate.

The benefit you will gain is confidence and a sense of empowerment on your path to greater success.

One little decision changes your life. 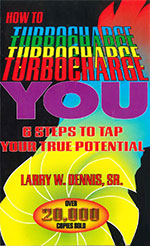 How To Turbocharge You:
6 Steps To Tap
Your True Potential

shows you how to apply a 6-step process to maximize your full potential, leveraging off your successes to make your life one of steady, upward, progress.