Will you accept responsibility? 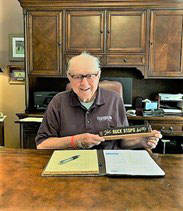 Day twelve of our trip from Loganville, GA to Seabeck, WA was a big day. First, we stopped at the Harry S. Truman National Historical site to purchase advance tickets for President Truman’s historic home tour. I spotted a replica of the famous “The Buck Stops Here.” plaque President Truman kept on his Oval Office desk. The other side of the replica says, “I’m from Missouri.” Being born in southern Missouri. I just couldn’t resist.

Parked at the ticket office curb was a Conestoga wagon like the Oregon Trail pioneers used on their five-month, 2,500-mile trek west. Ralph Goldsmith, the author of Mule Dynasty, was perched on the prairie schooner bench seat pulled by Harry & Bess, his mule team. Ralph’s enthusiastic presentation was so engaging that buying an Old Independence City tour ticket was a must. His knowledge of Old Independence and burlesque presentation made the $90.00 we paid a bargain.

The last stop of the tour was Truman’s home. We were greeted by a yawning Parks Department guide who methodically guided us through the only home Harry and Bess Truman ever owned. The guide’s matter-of-fact presentation was quite a contrast to Ralph’s enthusiasm.

President Truman grew up on a series of Missouri farms, attended schools in Independence, graduating in 1901. Working as a railroad timekeeper, a clerk in two Kansas City, MO banks, in 1906 returned to Grandview, MO for ten years to help his father run the family farm. In 1923, he began his political career as a precinct worker “learning the science of government”. He rose to presiding judge of Jackson County. During World War I, Cpt. Truman was deployed with the 129th Field Artillery to France. After the war, he joined the reserves where he rose to the rank of colonel.

After serving his political “apprenticeship” in local politics, Mr. Truman was elected United States Senator and served in that capacity for the next ten years. Truman became President on April 12, 1945 after serving only eighty-two days as Vice President. Nowhere on his resume do you find the college he attended. It was his variety of experiences that molded his character and prepared him for his role as President of the United States.

I’ll bet you served your own version of an “apprenticeship.” Why not point the young people in your life toward an apprenticeship? This way no expensive debt will be incurred. Instead, their education pays for itself. If they serve in their apprenticeship with Ralph’s enthusiasm, they will mature, and learn the practical skills needed to have a head start on a successful career. 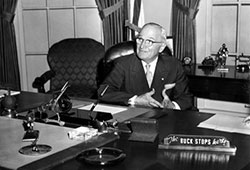 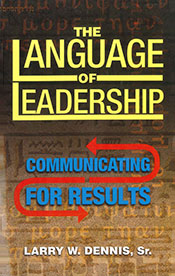 See
The Language of Leadership: Communicating for Results
to dramatically improve your communication effectiveness to maximize your value as a leader.

"Independence Missouri:
Where the trail starts, and the buck stops."
Harry S. Truman