While they slept, we trudged on

Adam, Service Manager for a leading design build electrical, mechanical, communications and a fire sprinkler contractor based in Salem, OR told Session 3B of the Leadership Development Lab™. 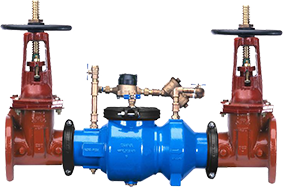 “About ten years ago, I was working on a retirement facility in Portland.  Jet Industries was contracted to replace a large 6” backflow assembly controlling the water service to the building.  Due to the nature of the building and its occupants this work had to be performed at night and needed to be completed before the residents woke up and needed water the following morning. 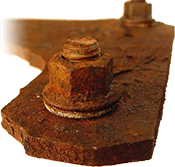 “It was a wet and windy night when we showed up and started draining the water line to get set up for the replacement.  The team climbed down into the underground utility vault. We discovered that the nuts and bolts holding the assembly together were so corroded that the nuts were seized onto the bolts.  We struggled with the biggest breaker bar we had to break the nuts free. It proved impossible to unthread t he nuts from the bolts as planned so we needed to cut through the bolts instead.   Since we only had a few Sawzall cutting blades in our truck we weren’t certain we had enough to cut through all sixteen of the 5/8″ diameter bolts.  Once we began cutting out the old assembly there was no turning back and the job had to be finished before the morning or the residents wouldn’t have any water.

“We were having doubts whether we would be able to finish the job that night and were contemplating calling everything off to reschedule this highly coordinated event for another night. After thinking about the situation and the circumstances for a bit I told the guys that we should just keep moving forward and that we would deal with the issues that present themselves.  ‘We’ll figure it out.’ 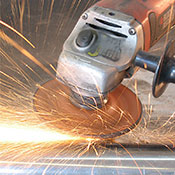 “So, around midnight we jumped down into the vault and started cutting away on the bolts. Sparks were flying and after a while we were able to cut through the last bolt with one Sawzall blade to spare. We forklifted the old assembly out of the vault and had the new assembly installed and fully functional just before sunrise.

“The lesson I learned from this experience is not to give up too quickly.

“The action I call you to take is to do the best you can with the tools you have. You will never have everything you might like to have to get the job done.

“The benefit you will gain is the sense of accomplishment (that succeeding when risk is required) always brings.”

Adam’s crew, every guy on it, added a chapter to this story that night, a page in their success bio.