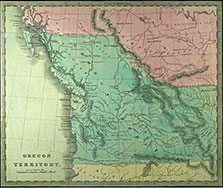 The 8th day of our journey from Loganville, GA to Seabeck, WA: Today is June 23rd, our 57th wedding anniversary, and the anniversary of President James K. Polk signing the peaceful Oregon Treaty with Great Britain. The British wanted the line to extend clear down to the Columbia Gorge.

This treaty established the 49th Parallel as the border between western Canada and the pacific northwestern Oregon Territory. The treaty brought current day Washington, Oregon, Idaho, and western Montana into the United States of America. President Polk ranks as one of our most important presidents; under his leadership the United States expanded from the Atlantic to the Pacific Ocean coasts. There had been an ongoing dispute over the border between Mexico and Texas. Mexico claimed the border was the Nueces River and the U.S. claimed it was further south at the Rio Grande. President Polk sent troops down to the Rio Grande where they set up camp.

The Mexican army attacked the camp under cover of darkness. Thirty-seven U.S. soldiers were killed and 137 were injured. President Polk immediately announced that American blood had been shed on American soil, and we were at war with Mexico. The U.S. Army was far better equipped, lost only one battle, and soon we occupied Mexico City. A treaty was signed; we secured Mexico up to the Rio Grande and paid Mexico $15 million, the United States gained 525,000 square miles of territory, including the land that makes up all or parts of present-day Arizona, California, Colorado, Nevada, New Mexico, Utah and Wyoming.

Polk had not initially intended to run for president; he had hoped to be vice president but in a hopelessly divided Democratic Convention, Polk was seen as the party’s best option. The Democratic Party chose him because he knew what he stood for; his values were certain, his vision was clear. He saw a nation that extended from the Atlantic to Pacific; from the Rio Grande to the 49th parallel. He drew others to him who held the same vision and he worked tirelessly to achieve is ideal. 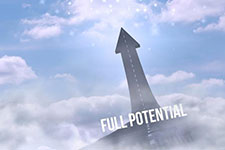 Your visions may not be as far reaching as President Polk’s. If you wish to maximize your value, reach your full potential for making a positive difference in your world where you are planted, it is essential that you clarify your vision of how you can, and will make your corner of the world a better place. With the vision clearly in mind, you can ensure all of your efforts are concentrated on your vision. Do this and you may be amazed at how you are chosen to lead your team and how soon your territory is expanded.