Your note could be music

Last evening after work at the request of our older son Larry, Donna Lee, my wife, and I made a special run to Newberg, OR to get several cans of gasoline. The kids were coming out tomorrow and they would be able to enjoy the boat without having to worry about driving to town for gas. We were happy to do it and planned to do a little shopping while we were in town.

As we were walking through the store I spotted someone I thought I recognized, followed him for a moment and said, “Ken is that you?” He stopped immediately and turned around. I caught up with him and said, “So good to see you! Earlier today I had lunch with Shari. A part of our conversation was talking about how much we admire you.”

He said thank you and then went on to say that he had recently moved his office and down-sized from his larger home. While going through his and his late wife’s things he came across several notes I had written them over the years. All I could say was thank you for mentioning it. This certainly set me thinking.

First of all, I’m sure Ken has gotten many Thank You notes over the years; recognition from the governor, city officials, industry organizations, suppliers, universities, and charities of many kinds. He and his late wife Joan have been most generous. To think the notes I sent them are somehow filed away was, I must say, a little surprising. This experience was a reminder to me of the importance of taking the moment required to put in writing, a hand written note those feelings of appreciation we have for others.

Can you think of anyone in your wide world who would benefit from a note of appreciation from you today? If no one came to mind quickly, think again. I must say I feel sorry for you if still no one comes to mind. It is evidence of your lack of either recognizing your importance to someone or your lack of appreciation for others. Your life works as well as it does due to so very many people who are being underappreciated. Don’t take others for granted.

P.S. Ken told me he has just written a book. There are many stories about A-dec in Language of Leadership and one of my favorite stories in the most recent version of Repeat Business is a story Ken told me when he attended the graduation of one of our A-dec Leadership Development Labs. 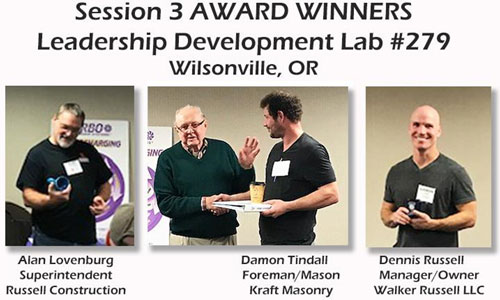 Don't take others for granted