Find Your Super Power
Stick to your guns and you can do the impossible!

Trish, Office Manager / CFO for a construction company in Salem, OR, told Session 3B of Turbo’s Leadership Development Lab (LDL): 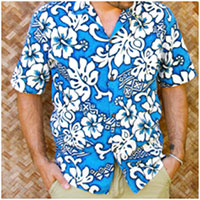 “In 1983 I was working as a security officer at Bi-Mart in Ontario, Oregon. I was casually pushing a shopping cart through the store, acting as if I were shopping, when I noticed a very handsome man in the cigarette aisle. He was very tanned with bleach blonde hair, wearing a Hawaiian print shirt (which was very unusual for Ontario, Oregon!). I pushed my cart past the man, smiling at him as I walked by. He returned a quick smile and a wink to me. I quickly rounded the aisle, positioning myself at the end base and began carefully watching him. He suddenly started stuffing cartons of cigarettes inside of his loosely-fit pants, covering them up with his baggy, Hawaiian print shirt. The cigarette aisle was located close to the checkout stands, then he quickly made a mad dash to exit the store. Bi-Mart’s rule was that no security officer was allowed to exit the store without the back-up of a manager. Well, I didn’t have time to signal anyone that I was going after my suspect, so I had to approach him on my own. I caught up to him in the parking lot, showed him my badge and told him that he was under arrest for shoplifting. His first response was to laugh at me and then he attempted to run away. Somehow, I managed to trip and shove him to the ground at the same time, leaving him face-down on the parking lot pavement. Finally, back-up arrived to assist me and we got him back on his feet. We escorted him back to the store where I read him his rights and waited for the police to arrive.
“The next day, the police notified me that they had been looking for this man for over two weeks. He had been stealing cigarettes from local merchants and selling them to the crews on the construction job sites in the Treasure Valley area. Not only was he arrested for shoplifting, he was also charged with racketeering, which is a felony.

“The lesson that I learned from this experience is that I can take care of myself and not to give up when the job looks impossible.

“The action I call you to take is to stick to your guns. When you find yourself faced with an impossible task, a job that looks like you can’t do it alone, act with determination and find creative ways to get the job done.

“The benefit you will gain is you will find your super power. You will be the town hero and most importantly, you will amaze yourself.”