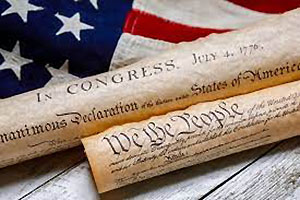 What happened to the signers of the Declaration of Independence?

Five signers were captured by the British, held as traitors, and tortured before they died. Twelve had their homes ransacked and burned. 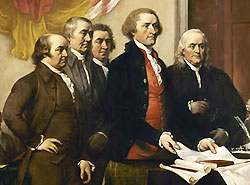 What kind of leaders boldly wrote their names to the Declaration that lit the fires of liberty in souls throughout the world?

Twenty-four were lawyers and jurists. Eleven were merchants, nine were farmers and large plantation owners –well educated men of means.

Their security, their incomes, their worldly possessions made them substantially well off. But they signed the Declaration of Independence, knowing that the penalty would be death on the gallows if they were captured.

They signed, pledged their lives, their fortunes, and their sacred honor. 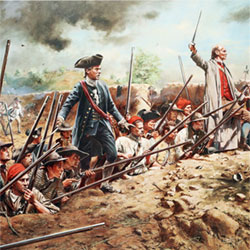 Carter Braxton of Virginia, a wealthy planter and trader, saw his ships swept from the seas by the British Navy. He sold his home and his properties to pay his debt, and died in rags. Thomas McKean was so hounded by the enemy British that he was forced to move his family almost constantly. He served in the Congress without pay, and his family was kept in hiding. His possessions were taken from him, and poverty was his reward.

Vandals or soldiers or both looted the properties of Ellery, Clymer, Hall, Walton, Gwinnett, Heyward, Rutledge, and Middleton. At the Battle of Yorktown, Thomas Nelson Jr. noted that the British General Cornwallis had taken over the Nelson home for his headquarters. The owner quietly urged General George Washington to open fire, which was done. The home was destroyed, and Nelson died bankrupt.

Francis Lewis had his home and properties destroyed. The enemy jailed his wife, and she died within a few months. John Hart was driven from his wife’s bedside as she was dying. Their 13 children fled for their lives. His fields and grist mill were laid waste. For more than a year he lived in forests and caves, returning home after the war to find his wife dead; his children had vanished. A few weeks later he died from exhaustion and a broken heart. Norris and Livingston suffered similar fates. 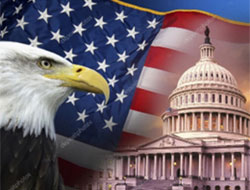 Such were the stories and sacrifices of the American Revolution. These were not wild-eyed, rabble-rousing ruffians. These were soft-spoken men of means, wealth and education! They had security, but they valued liberty more.

Standing tall, straight, and unwavering, they pledged: “And for the support of this Declaration, with a firm reliance on the protection of Divine Providence, we mutually pledge to each other our lives, our fortunes, and our sacred honor.”

We know what resulted from the selfless dedication of these leaders of faith and courage. They met the challenge of their day, and gave us a precious heritage of freedom.

“Is life so dear, or peace so sweet as to be purchased at the price of chains and slavery? Forbid it, Almighty God! I know not what course others may take, but, as for me, give me liberty or give me death.”
Patrick Henry

It has been my privilege to call Dr. Bill Conerly my friend for over thirty years. I always look forward to his monthly reports. Click here to learn more and subscribe 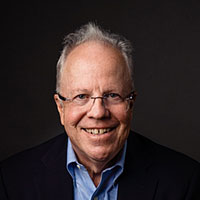 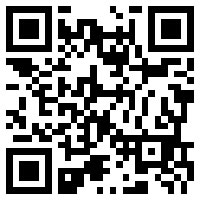 Commitment: The path to your desired future.