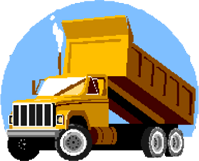 “In 2009, my ground crew and I started a project installing underground plumbing for a downtown Seattle construction project. The job consisted of installing four different types of drainage pipes. This involved many trenches close together with different elevations. Due to scheduling issues, the job was not progressing as we wanted it to. I proposed that the superintendent allow me to finish the last long section of the ground work. This would allow us to release part of our equipment and crew to another job that needed them, and we could get a progress payment. He agreed on one condition: be done in three days. He made all the necessary arrangements, including closing the road for twelve dump trucks to unload the needed gravel.

“My inspector had not shown up for our morning inspection when the gravel trucks started arriving at 11:00 a.m. I managed the first load of gravel. The following eleven loads were backing up traffic. My superintendent called and told me to get the trucks moving. I decided to take a risk and have the gravel conveyed between trenches. Unfortunately, 30 percent of the gravel ended up in the trenches. I knew I was going to get in trouble, but I felt like I had no other options.

“When the inspector finally arrived and saw what had happened, he was fuming mad. He said, “This is not acceptable! How can I inspect the part of the pipes that have already been covered? Did the super tell you to proceed?”

“I admitted that I was responsible—it had been my decision to proceed. I still remember his facial expression: it instantly changed. He told me because of my honesty, he would pass the inspection. He was impressed that I didn’t blame anyone else.

“The lesson I learned is that honesty not only gives me peace of conscience, it can also save me a great deal of trouble. The decision to accept full responsibility was a risk, but in the end it turned out fine because the inspector trusted my word.

“The action I call you to take is to be honest, tell the truth, and accept full responsibility for your actions. “The benefit you will gain is people will respect you more and you will win the trust required for all your projects to reach successful conclusions.”

In a world where “passing the buck” is common practice, encountering someone who is honest—even to the point of saying “this mess-up is my fault”—is surprising and refreshing. No doubt the inspector thought, “If this guy is honest enough to admit the pipes being partially covered is his fault, I can take his word that the pipes I can’t see are installed to the same standards as the ones I can see.” Honesty builds trust.