Zach, Project Manager for a for a full-service mechanical and plumbing contractor in Wilsonville, OR, told Session 5B of Turbo Leadership Systems’ Leadership Development Lab:

“It was the spring of 2012. I was attending John Brown University in Siloam Springs, Arkansas. I was working hard on the biggest assignment of my college career – an estimating project worth 50% of my final grade. The assignment was to provide a bid for a new Wal-Mart store. I had spent a couple all-nighters counting every nut and bolt, double checking for accuracy. After all, as I previously mentioned, it was worth half my grade.

“If I failed and got the bid estimate wrong, I won’t pass the class, and would have to retake it in a year since the class was only offered every other semester. The due date comes and I’m confident in my take-offs. Now all that is left is waiting for the teacher to give us subcontractor quotes, and the paperwork to fill-out and sign. After compiling everything we received from the teacher, I had a total price of $8,000,000. I looked at the clock and it read 10:25; took a sigh of relief, I’ve got five minutes to spare.

“I sealed my envelope, walked over the teacher’s desk and dropped the bid in his ‘In basket’. He looked at me, looked at his watch and proclaims, ‘You’re 6 seconds late!‘

“Thinking he’s joking, I chuckled and headed back to my seat. The teacher started opening the envelopes, reading the names and quotes as he wrote them on the white board. They’re all over the place, $4 million, $11 million, $13 million. He opened all the envelopes except mine. He then loudly proclaims, ‘The correct bid price is $8,000,000 and writes it in big bold letters on the board. Now, I realize he wasn’t joking and two weeks later it was confirmed when I got my envelope back and circled on the front was ’10:30:06 – LATE!’ And, boy was I mad!

“As it turned out, his watch, as he learned later that day, was off by 5 minutes. Even after discovering that he was wrong, he still discounted my grade! At least I passed the class, so I didn’t have to put up with him again.

“The lesson I learned from this experience is the importance of getting all the facts before I pass judgement on others and declare them failed.

“The action I call you to take –check and double check the facts before you condemn someone with a failing grade circled in red.

“The benefit you will gain is being respected as a trustworthy, professional team player.

From what we know about this professor, it looks like he loved his power to arbitrarily pass or fail students whose future depended on his grades. He was not/did not set the best example for students entering an industry with a reputation of being heavy-handed. Instead, he said with his example, “When you get the kind of authority I have, never use Leadership Principle #11 ‘When You Blow It, Show It.” Let’s hope he doesn’t have or ever gets tenure. 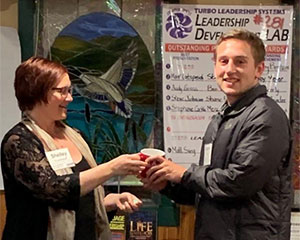 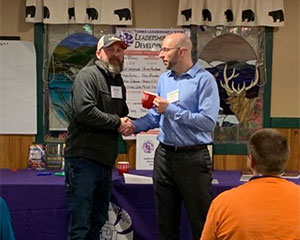 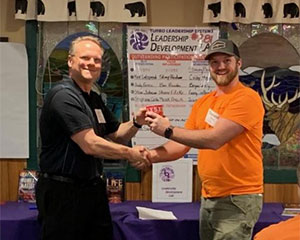 If you are in a position of authority, don't be afraid of Leadership Principle Number 11: "When You Blow It, Show It"